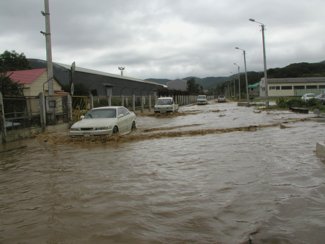 Losses from extreme floods in Europe could more than double by 2050, because of climate change and socio-economic development. Understanding the risk posed by large-scale floods is of growing importance and will be key for managing climate change adaptation.

Current flood losses in Europe are likely to double by 2050, according to a new study published in the journal Nature Climate Change by researchers from the International Institute for Applied Systems Analysis (IIASA), the Institute for Environmental Studies in Amsterdam, and other European research centers.

Socio-economic growth accounts for about two-thirds of the increased risk, as development leads to more buildings and infrastructure that could be damaged in a flood. The other third of the increase comes from climate change, which is projected to change rainfall patterns in Europe.

“In this study, we brought together expertise from the fields of hydrology, economics, mathematics and climate change adaptation, allowing us for the first time to comprehensively assess continental flood risk and compare the different adaptation options,” says Brenden Jongman of the Institute for Environmental Studies in Amsterdam, who coordinated the study.

The study estimated that floods in the European Union averaged €4.9 billion a year from 2000 to 2012. These average losses could increase to €23.5 billion by 2050. In addition, large events such as the 2013 European floods are likely to increase in frequency from an average of once every 16 years to a probability of once every 10 years by 2050.

The analysis combined models of climate change and socio-economic development to build a better estimate of flood risk for the region. IIASA researcher Stefan Hochrainer-Stigler led the modeling work on the study.

He says, “The new study for the first time accounts for the correlation between floods in different countries. Current risk assessment models assume that each river basin is independent. But in actuality, river flows across Europe are closely correlated, rising and falling in response to large-scale atmospheric patterns that bring rains and dry spells to large regions.”

“If the rivers are flooding in Central Europe, they are likely to also be flooding Eastern European regions,” says Hochrainer-Stigler. “We need to be prepared for larger stress on risk financing mechanisms, such as the pan-European Solidarity Fund (EUSF), a financial tool for financing disaster recovery in the European Union.”

For example, the analysis suggests that the EUSF must pay out funds simultaneously across many regions. This can cause unacceptable stresses to such risk financing mechanisms. Hochrainer-Stigler says, “We need to reconsider advance mechanisms to finance these risks if we want to be in the position to quickly and comprehensively pay for recovery.”

IIASA researcher Reinhard Mechler, another study co-author, points out the larger implications arising from the analysis. He says, “There is scope for better managing flood risk through risk prevention, such as using moveable flood walls, risk financing and enhanced solidarity between countries. There is no one-size-fits-all solution, and the risk management measures have very different efficiency, equity and acceptability implications. These need to be assessed and considered in broader consultation, for which the analysis provides a comprehensive basis.”

Hochrainer-Stigler presented testimony based on this research at a recent public hearing on the EUSF with the European Commission.

Check the following link to read/download the Full Research – “Increasing Stress on Disaster-Risk Finance due to Large Floods”:
http://www.nature.com/nclimate/journal/vaop/ncurrent/full/nclimate2124.html 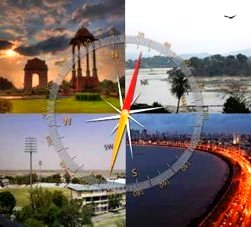 Over 90% People in India Feel Climate Change is a Reality