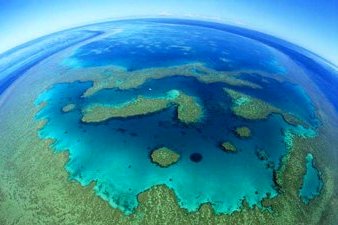 On March 6, Earth Hour announced a major re-launch for 2014, evolving from a single event each year to a year-round social movement.

On Earth Hour’s agenda for 2014 is the urgent need to protect the Great Barrier Reef from the impacts of climate change.

A new report, “Lights Out for the Reef”, released on March 6 as part of Earth Hour’s 2014 re-launch highlights the latest scientific findings on climate change impacts on the Reef. Authored by University of Queensland scientist Dr. Selina Ward, the report reveals that effects of climate change on the Great Barrier Reef will be irreversible by 2030, just 16 years away, unless action is taken now.

On Saturday 29 March, Earth Hour invites Australians to host friends and family at their homes or join a community gathering to watch a remarkable, world-premiere Earth Hour documentary about the Reef and climate change, before turning off their lights at 8:30pm to make a stand for its future.

50 organisers of the most unique and inspiring events will be selected to take part in Camp Earth Hour in May this year – an opportunity to meet with leading scientists, learn about the effects of climate change on the Reef and be trained in what they can do to make a difference.

Australians are encouraged to register their Earth Hour gathering at www.earthhour.org.au.

Major events to screen the Earth Hour documentary and celebrate the hour will also take place in metro centres around the country including Sydney, Melbourne, Canberra, Perth and Townsville, with more to be announced in coming weeks.

“The Great Barrier Reef is at a turning point,” said Professor Ove Hoegh-Guldberg, one of the world’s leading experts on the Reef and a Professor of Marine Science at the University of Queensland. “If we don’t act now, the effects of climate change on the Great Barrier Reef will be irreversible in just over a decade.”

The new Earth Hour is being led by Anna Rose, former Young Environmentalist of the Year.

“The action that Australia and world governments take on climate change in coming years will determine the fate of our Great Barrier Reef,” she said. “The Reef teems with life and is one of the many reasons Australia must set stronger targets to reduce carbon pollution.”

“That’s why we’re asking Australians to join us on Saturday 29 March by switching off their lights to show their support for climate action and the Reef,” said Rose.

Earth Hour is powered by WWF-Australia and is scheduled to be held across the world on Saturday, March 29 at 8:30 pm.

Lights Out for the Reef Report: Key Points

Check the following link to read/download the Full Report:
http://earthhour.org.au/LIGHTS_OUT_FOR_THE_REEF_Earth_Hour_2014.pdf