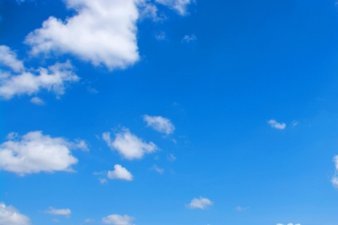 Paris – The Climate and Clean Air Coalition to Reduce Short-Lived Climate Pollutants (CCAC) this week celebrated two years of rapid growth, during which dozens of governments and organizations have worked together to target swift reductions in atmospheric pollutants that threaten human health and the environment.

The CCAC was originally launched as a partnership between six countries and the United Nations Environment Programme (UNEP), who all recognized that fast action to reduce short-lived climate pollutants – particularly methane and black carbon (soot) – has the potential to slow down the global warming expected by 2050 by as much as 0.5°C.

“The Coalition works on a triple-benefit agenda: better health, increased crop yields and food security, and near-term climate protection,” said Helena Molin Valdes, Head of the CCAC Secretariat. “Black carbon, methane, tropospheric ozone and hydrofluorocarbons (HFCs) are having an impact in all these fields, and we can have quick gains if we act now. And the solutions are all available – this is what the partners in the Coalition are focusing on.”

“This year we will focus to a great degree on the health aspects of air quality and short-lived climate pollutants, together with our partner the World Health Organization, and, increasingly, with the agriculture sector,” she added. “We have some very able partners to count on. As one of our founding ministers put it, ‘We are a Coalition of the Working.’ Anyone who is willing to act in that spirit is welcome to join us.”

The coalition has gained momentum swiftly: 36 countries and 44 institutions and organizations are now lending their weight to tackling the issue, and a $50 million Trust Fund has been created to support and conduct emissions reduction work.

Concrete actions range from working with more than 30 cities to assess the growing problem of methane and black carbon emissions from municipal landfills to promoting more stringent vehicle emissions standards, with initial successes in Asia and Latin America.

“The Climate and Clean Air Coalition is a remarkable process of bringing science to policy, focusing on the multiple benefits of action, and creating initiatives that invite voluntary partnerships,” said UN Under-Secretary General and UNEP Executive Director Achim Steiner. “I hope that as policymakers and actors across the world look at the success story of the Climate and Clean Air Coalition, they will find the courage and optimism that we are indeed able to take science, turn it into policy recommendations, and form coalitions that are willing and able to act.”

Other accomplishments of the CCAC over the last two years include:

CCAC partners welcomed the work of the coalition, and called on others to join and increase the momentum of a movement that offers much promise in protecting human health and mitigating climate change.

“In the past two years, the CCAC has grown into an action-oriented coalition, and I am pleased that so many countries and organizations have joined efforts with the coalition,” said Wilma Mansveld, Minister of Infrastructure and Environment for the Netherlands, one of CCAC’s partner countries.

“In addressing short-lived climate pollutants, the CCAC has a lot to offer to the climate, health and food productivity,” she added. “In our view, governments, industry, NGOs and citizens must all be part of the solution. I am enthusiastic about the cooperation of countries and institutions in concrete initiatives, complementary to our efforts under the climate regime. I look forward to continue to work with partners in progressively scaling up our activities.”

The Climate and Clean Air Coalition to Reduce Short Lived Climate Pollutants is a partnership of governments, intergovernmental organizations, the private sector, the environmental community, and other members of civil society. The Coalition is government-led but is highly cooperative and voluntary. Short-lived climate pollutants are agents that have a relatively short lifetime in the atmosphere – a few days to a few decades – but also a warming influence on climate as well as, in many cases, detrimental impacts on human health, agriculture and ecosystems.

The newest partners to the Coalition include Morocco and the Russian Federation as state partners, and the Center for Sustainable Development Studies (Colombia), the GLOBE Foundation (Canada) and TERRE: Technology, Education, Research and Rehabilitation for the Environment (India) as non-state partners.

For more information on the CCAC, visit www.unep.org/ccac.