Warsaw – The UN Climate Change Conference in Warsaw began on November 11 with calls for governments to harness the strong groundswell of action on climate change across all levels of government, business and society and make real progress here towards a successful, global climate change agreement in 2015.

The newly elected President of the Conference of the Parties (COP19/CMP9), H. E. Mr. Marcin Korolec, Poland’s Environment Minister, said in his opening address that climate change is a global problem that must be turned further into a global opportunity.

“It’s a problem if we can’t coordinate our actions. It becomes opportunity where we can act together. One country or even a group cannot make a difference. But acting together, united as we are here, we can do it,” he said.

In her opening speech at the Warsaw National Stadium, the venue of COP19, Christiana Figueres, Executive Secretary of the UN Framework Convention on Climate Change, called on delegates to “win the Warsaw opportunity” in order to safeguard present and future generations.

“We must stay focused, exert maximum effort for the full time and produce a positive result, because what happens in this stadium is not a game. There are not two sides, but the whole of humanity. There are no winners and losers, we all either win or lose in the future we make for ourselves.”

Ms. Figueres pointed to the sobering realities of climate change and the rise in extreme weather events that climate science has long predicted, including the devastating Typhoon Haiyan that just hit the Philippines, one of the most powerful typhoons ever to make landfall.

Ms. Figueres highlighted the key areas in which COP19 can make progress: “We must clarify finance that enables the entire world to move towards low-carbon development. We must launch the construction of a mechanism that helps vulnerable populations to respond to the unanticipated effects of climate change. We must deliver an effective path to pre-2020 ambition, and develop further clarity for elements of the new agreement that will shape the post-2020 global climate, economic and development agendas.”

In addition, the meeting in Warsaw will focus on decisions that will make fully operational the new institutional support under the UNFCCC for developing nations in finance, adaptation and technology. These are the Green Climate Fund, the Technology Mechanism and the Adaptation Committee, all agreed in Cancun in 2010.

Ms. Figueres stressed the fact that the meeting in Warsaw is taking place against the background of growing awareness that climate change is real and accelerating, and the growing willingness of people, businesses and governments to take climate action, at all levels of society and policy.

“There is a groundswell of climate action. Not only for environmental reasons, but also for security, energy, economic and governance reasons. Political will and public support favour action now. A new universal climate agreement is within our reach. Agencies, development banks, investors and sub-national governments are on board. The science from the IPCC is clear. Parties can lead the momentum for change and move together towards success in 2015.”

In order to showcase the growing climate leadership and contributions to the climate challenge from all sides, a Business Forum organized by the UN and the Polish host government will take place next week alongside the meeting. Cities and regions will gather for the first ever “Cities Day” that highlights their actions. And a “Gender Day” will showcase women’s role in meeting the climate challenge. Also next week, the UNFCCC secretariat will showcase Momentum for Change Lighthouse Activities, climate action that demonstrates positive results for innovative finance, women and the urban poor. In addition, the initiative will launch a new area that focuses on contributions by the information and technology sector to curb emissions and increase adaptive capacity to respond.

The UN Climate Change Conference in Warsaw (11 to 22 November) is currently being attended by government delegates, representatives from business and industry, environmental organizations, research institutions and the media. More than 100 Heads of State and Government and Ministers are scheduled to attend the high-level segment of the meeting, which begins on 19 November and ends with a decision-making plenary on 22 November. 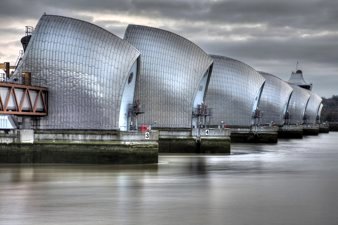