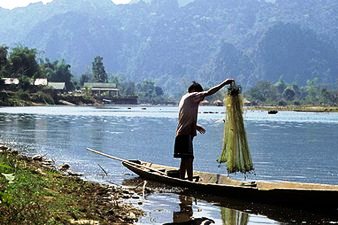 Warsaw – As governments meet for the UN Climate Change Conference in Warsaw, Poland, the poorest countries of the world have finalized a comprehensive set of plans to deal with the inevitable impacts of climate change, assisted by the United Nations Framework Convention on Climate Change (UNFCCC), the Global Environment Facility (GEF) and other UN agencies.

All 48 Least Developed Countries (LDCs) which are Parties to the UNFCCC have meanwhile submitted their National Adaptation Programmes of Action (NAPAs) to the UNFCCC secretariat. With these plans, poor countries can better assess the immediate impacts of change, for example droughts and floods, and what they need in the way of support to become more resilient to climate change impacts.

“Science clearly shows that a significant degree of climate change is unavoidable, as has been confirmed by the latest findings of the UN’s Intergovernmental Panel on Climate Change (IPCC). Typhoon Haiyan has been the latest in a string of worsening extreme weather events around the world, and we know there are more to come,” said UNFCCC Executive Secretary Christiana Figueres.

“Now and in the future, the poorest and most vulnerable countries urgently require predictable finance and technology to become more resilient. Good planning is essential to empower poor countries to deal with climate change. At the same time, it is clear that the support to countries is presently inadequate and must urgently be stepped up,” she added.

Through the National Adaptation Programmes of Action, poor countries have both identified their immediate adaptation needs and formulated concrete projects to meet those needs.

For example, Angola is seeking to adapt its fisheries to climate change. Cambodia is looking to make its water supplies and agriculture more resilient. And Samoa is seeking to strengthen the infrastructure of communities which are dependent on tourism. At least 1.4 billion USD in additional funding would be required to support the successful implementation of these projects.

“The preparation of these plans has served as a major catalyst for climate change action in the poorest countries, helping them to systematically undertake various activities towards climate change adaptation. Awareness has been raised across all levels, and poor countries have gained human and institutional capacity for adaptation,” said the Chair of the LDC Group under the UNFCCC process, Mr. Prakash Mathema.

Whilst the NAPAs address urgent and immediate adaptation needs, least developed countries are now starting to embark on the formulation of so-called “National Adaptation Plans (NAPs)” to address medium- and long-term adaptation needs. NAPs take a comprehensive approach that can build resilience and integrate adaptation into national planning.

Like the NAPAs, the NAP process receives technical guidance and support from the UNFCCC’s Least Developed Countries Expert Group (LEG).

“The Expert Group stands ready to continue to support the LDCs as they implement their NAPAs, as well as to continue to provide technical guidance and support to the NAP process, capitalizing on synergies and ensuring coherence and effectiveness. These parallel processes assist the LDCs in building their resilience to the impacts of climate change, to which they are particularly vulnerable,” said the Chair of the LEG, Ms. Pepetua Latasi.

• The United Nations identifies 49 countries as belonging to the group of Least Developed Countries (LDCs), based on three criteria: low income, weak human assets and high economic vulnerability. Thirty-three are in Africa, ten in Asia, one in the Caribbean and five in the Pacific. At present, of the 49 LDCs, 48 are Party to the United Nations Framework Convention on Climate Change. An up-to-date list of the LDCs is maintained at http://www.unctad.org/Templates/Page.asp?intItemID=3641&lang=1