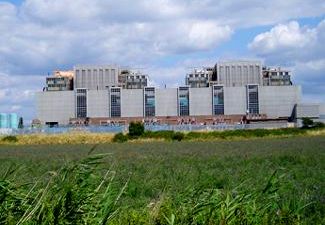 Cardiff University researchers working with the UK Energy Research Centre (UKERC) and National Institute for Environmental Studies in Japan carried out a number of nationally representative surveys in Britain and Japan, both before and after the Fukushima accident.

The team asked detailed questions about attitudes to nuclear power and covering aspects such as perceived risks and benefits, trust in safety and regulation, and the future of nuclear power in the UK.

Dr. Wouter Poortinga from the University’s Welsh School of Architecture, who led the lead research said, “British attitudes towards nuclear power have been surprisingly robust in the wake of the Fukushima accident, and trust in regulation has held up fairly well.”

“It even appears that the attitudes to nuclear have softened somewhat after Fukushima. However, in reality, nuclear power remains relatively unpopular as compared to renewable energy sources.”

“We hope these findings will prove beneficial to both policy makers and industry, and help to ensure that key decisions about the future of Britain’s nuclear policy are informed by the best available evidence on public values and attitudes,” he adds.

The research found that the Fukushima nuclear accident in Japan had virtually no impact on British public attitudes to nuclear power, despite being responsible for a near-total collapse in public confidence in nuclear energy in Japan.

Attitudes in Britain have become somewhat more positive in recent years, with similar proportions of people now supporting (32%) and opposing (29%) the use of nuclear power, compared to percentages of 26% and 37% respectively in 2005.

While there is still a substantial level of public concern over the storage of radioactive waste and nuclear accidents, concern over nuclear power in Britain has dropped since the Fukushima accident, from 58% in 2005 and 54% in 2010 to 47% in 2013.

While there has been a shift in recent years in favour of nuclear power, fewer people now (47%) than in 2005 (55%) and 2010 (56%) are willing to accept the building of new nuclear power stations to tackle climate change. However, this may be associated as much with an increase in climate change skepticism as with changing attitudes to nuclear power.

The survey found that just under three-quarters of the British public (72%) accept that the world’s climate is changing. Nevertheless, the proportion of people doubting the reality of climate change has risen to one of the highest levels since 2005 (4% in 2005, 15% in 2010 and 19% in 2013).

In comparison, very few Japanese people want to continue nuclear at current levels (15%) or with expansion (2%), and a majority wants to see nuclear power phased out gradually (53%) or immediately (23%). Only 17% of the Japanese public is now willing to accept the building of new nuclear power stations to tackle climate change, as compared to 22% in 2011 and 33% in 2007.

While trust in the regulation of nuclear power was already low in Japan before the Fukushima accident (19% in 2007), it dropped to even lower levels after the accident (9% in both 2011 and 2013).

Dr. Midori Aoyagi of the National Institute for Environmental Studies said, “Our research shows that nuclear power has become very unpopular in Japan after the Fukushima accident.”

“Public trust in the regulation of nuclear power is now at an all-time low. Instead most people would like to see the development of more solar and wind energy to replace nuclear power in the longer term.”