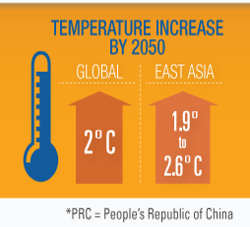 Beijing – About 12 million people in 23 East Asian cities are at risk from rising sea levels, severe storms, and more intense drought caused by climate change that could jeopardize $864 billion in assets, a new report from the Asian Development Bank (ADB) warns.

Economics of Climate Change in East Asia notes that while climate adaptation investments can be large, the aggregate cost to protect the most vulnerable sectors – infrastructure, coastal protection, and agriculture – would be less than 0.3% of East Asia’s gross domestic product every year between 2010 and 2050.

The report recommends the People’s Republic of China (PRC), Japan, the Republic of Korea, and Mongolia together to invest an annual average of $22.9 billion for climate-proofing in the infrastructure sector, $4.2 billion for coastal protection, and $9.5 billion for the agriculture sector. 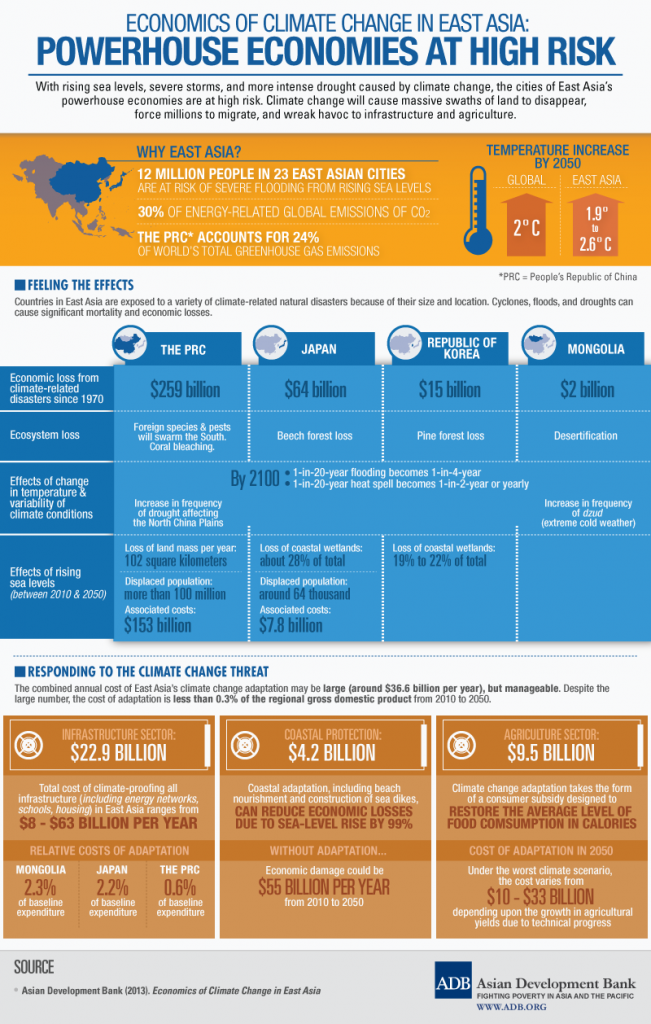 The report projects that severe weather related to climate change will intensify, with one-in-20-year flooding predicted to occur as frequently as every four years by 2050. When combined with rising sea levels, this is expected to cause massive swaths of land to disappear, forcing millions to migrate, and wreaking havoc on infrastructure and agriculture. Since 1970, economic losses to the four countries from climate-related natural disasters have amounted to more than $340 billion.

Rising sea levels could cause the PRC to lose an estimated 102 square kilometers of land mass per year between 2010 and 2050. Japan, meanwhile, will lose more than a quarter of its coastal wetlands by 2050. In the same time period, the Republic of Korea could lose up to a fifth of its coastal areas.

Loss of land could also force people to move. In the PRC alone, more than one million people could be displaced by rising sea levels between 2010 and 2050, with associated costs of $153 billion, while around 64,000 could be forced to move in Japan, at a cost of $7.8 billion.

East Asia is critically important to global mitigation efforts since the region – consisting of about one-quarter of the global population – is responsible for about one-third of the world’s energy-related greenhouse gas emissions.

The report examines how the PRC, Japan, Republic of Korea, and Mongolia can respond to the challenges of climate change through a combination of adaptation and mitigation. Team members came from more than 10 leading universities and think tanks in Asia, North America, and Europe, providing access to best available databanks and models on climate change. 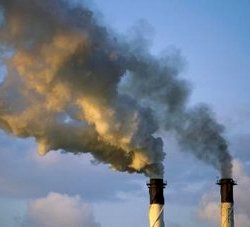