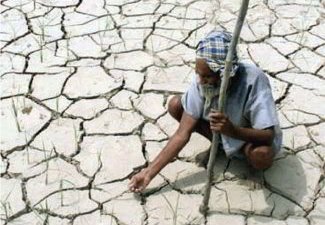 New Delhi – An expected 2°C rise in the world’s average temperatures in the next decades will make India’s summer monsoon highly unpredictable. Shifting rain patterns will leave some areas under water and others without enough water for power generation, irrigation or, in some cases, even drinking, says a scientific report commissioned by the World Bank Group.

“Turn Down The Heat: Climate Extremes, Regional Impacts and the Case for Resilience”, released on June 19, looks at the likely impacts of 2°C and 4°C warming on agricultural production, water resources, coastal ecosystems and cities across South Asia, Sub-Saharan Africa, and South East Asia. It builds on a 2012 Bank report that concluded the world would warm by 4°C above pre-industrial levels by the end of this century if countries did not take concerted action now.

Depicting life in a not-too-distant future shaped by already present warming trends, the new report warns that by the 2040s, India will see a significant reduction in crop yields because of extreme heat. Reduced water availability due to changes in precipitation levels and falling groundwater tables are likely to aggravate the situation in India, where groundwater resources are already at a critical level and about 15% of the country’s groundwater tables are over-exploited.

In India, more than 60% of the crop area is rain-fed, making it highly vulnerable to climate-induced changes in precipitation patterns. It is estimated that by the 2050s, with a temperature increase of 2°C-2.5°C compared to pre-industrial levels, water for agricultural production in the river basins of the Indus, Ganges and Brahmaputra will reduce further and may impact food adequacy for some 63 million people.

The report, prepared for the World Bank by the Potsdam Institute for Climate Impact Research (PIK) and Climate Analytics and peer reviewed by 25 scientists worldwide, says the consequences for South Asia of a warming climate are even worse if global temperatures increased by an average of 4°C by 2090.

In this scenario, seen as likely unless action is taken now to limit carbon emissions, South Asia would suffer more extreme droughts and floods, rising sea levels, melting glaciers, and declines in food production. In India, for example, an extreme wet monsoon that currently has a chance of occurring only once in 100 years is projected to occur every 10 years by the end of the century.

Many of the worst climate change impacts could still be avoided by holding warming below 2°C, but the window for action is narrowing rapidly. Urgent action is needed to build resilience through climate-smart agriculture, flood defences, drought and heat resistant crops, improved groundwater management, better coastal infrastructure, and human health, the report says.

“The future that scientists have envisioned in this report reinforces the fact that climate change hits the poor the hardest and that it could roll back decades of development gains in India. In order to minimize the impacts of a changing climate, we need to ensure that our cities become climate resilient, that we develop climate-smart agriculture practices, and find innovative ways to improve both energy efficiency and the performance of renewable energies,” said Onno Ruhl, World Bank Country Director in India.

A warming climate will contribute to a slowing in the reduction in poverty. While the lives of everyone in the region will be altered by climate change, the impacts of progressive global warming will fall hardest on the poor who are largely dependent on rain-fed agriculture or live in urban slums. Under 2°C warming by the 2040s, crop production in South Asia may reduce by at least 12%, requiring more than twice the imports to meet per capita demand than is required without climate change. Decreasing food availability can also lead to significant health problems, including childhood stunting, which is projected to increase by 35% by 2050 compared to a scenario without climate change.

The report cited Kolkata and Mumbai along with Bangladesh as “potential impact hotspots” threatened by “extreme river floods, more intense tropical cyclones, rising sea levels and very high temperatures”. With South Asia close to the equator, the sub-continent would see much higher rises in sea levels than higher latitudes, with the Maldives confronting the biggest increases of between 100-115 centimeters. 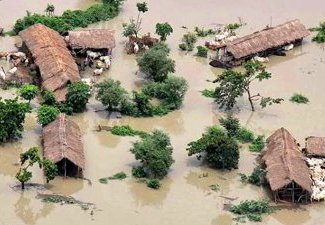 Melting glaciers and loss of snow also pose a significant risk to stable and reliable water resources. Major rivers such as the Ganges, Indus and Brahmaputra, depend significantly on snow and glacial meltwater, which makes them susceptible to climate change induced glacier melt and reductions in snowfall. The report projects a rapid increase in the frequency of low snow years in the future, well before 2°C warming takes place. This could increase the risk of flooding, threatening agriculture.

In collaboration with the Government of India, the World Bank is taking steps to build resilience against the impact of the present warming trends. World Bank-supported projects in Karnataka, Himachal Pradesh and Uttarakhand are helping local communities conserve their watershed better. This is expected to improve the availability of water for farming and help farmers move to higher-income yielding crops, promote the efficient use of scarce water resources and help communities set up agri-businesses. World Bank-supported rural livelihood projects, including the National Rural Livelihood Mission, are also integrating water conservation and efficiency, soil conservation practices, etc., in their activities. The Bank is also supporting the development of environmentally sustainable hydropower in India, as well as supporting the National Solar and Energy Efficiency Missions through pilot projects.

International Finance Corporation (IFC), the World Bank Group’s private sector arm, is working with several Indian companies to build climate smart solutions. For example, it is introducing efficient water use technologies for basmati rice cultivation in Haryana. Till date, the project has led to water savings of 1.1 million cubic meters and has benefited over 1,000 farmers. Another IFC program – Lighting Asia – is providing renewable lighting solutions amongst two million people in rural India. By the end of 2015, the program aims to bring down CO2 emissions by at least 64,000 tons.

Check the following link to read/download the Full Report – “Turn Down the Heat: Climate Extremes, Regional Impacts, and the Case for Resilience”:
http://www.worldbank.org/en/topic/climatechange/publication/turn-down-the-heat-climate-extremes-regional-impacts-resilience