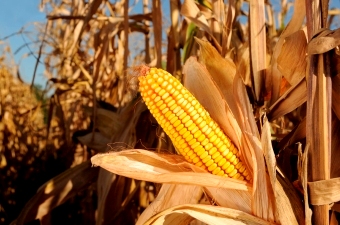 East Lansing, Michigan – Disruptions to U.S. exports of maize (corn) could pose food security risks for many U.S. trade partners due to the lack of trade among other producing and importing nations, says a Michigan State University (MSU) study.

The study, featured in the journal Risk Analysis, didn’t primarily focus on plant disease, population growth, climate change or the diversion of corn to non-food uses such as ethanol. It suggests, however, that significant stresses in these areas could jeopardize food security.

This is particularly true in nations like Mexico, Japan and South Korea that have yet to diversify their sources, said Felicia Wu, MSU Hannah Distinguished Professor of Food Science and Human Nutrition, and the study’s lead author.

“Disruptions in any one major exporter’s supplies could lead to price shocks,” she said. “The significance of maize means that it would become a critical food security risk if major exporters experience disruptions due to non-food diversions, plant diseases and climate impacts.”

Maize is at the center of global food security as growing demands for meat, fuel uses and cereal crop demands increase the grain’s pivotal importance in diets worldwide. Wu and her co-investigator, Hasan Guclu with the University of Pittsburgh, developed network models, essentially food trade maps, to track maize trade.

Statistics on maize trade between 217 nations showed that the U.S. is by far the largest exporter, shipping four times as much maize as Argentina, the next largest exporter. The study revealed segregation among clusters of nations, with three prominent groups representing Europe, Brazil and Argentina, and the U.S.

Clustering patterns also revealed that nations generally don’t trade broadly worldwide. Those countries that import maize primarily from only one other nation may be vulnerable to any changes in their exporters’ ability to produce and ship maize.

“These statistics show that the vast majority of nations are exporting to or importing from only one or a small number of nations,” Wu said.

Japan is the largest importer by far, while other nations such as Taiwan and Egypt have more broadly diversified their sources of maize, thereby reducing their vulnerability to export disruptions, she added.

The study suggests that the largest maize producers may be wise to consider potential solutions to combat impacts of climate change on maize production for the purpose of maintaining supplies. Other cereal grains or legumes could fill gaps, softening the impacts of maize production and trade disruptions if the maize supply were to change.

The research was funded in part by the National Institutes of Health.