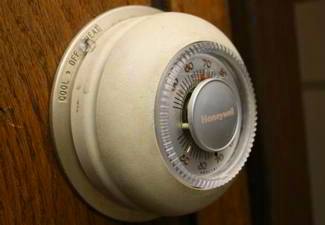 San Francisco – The state of California issued new rules on May 22 that will greatly reduce the amount of dangerous mercury sent to landfills and incinerators each year due to the improper disposal of old mercury-laden thermostats.

The new rules will require thermostat manufacturers to collect and recycle the vast majority of discarded mercury thermostats in California. Over the next five years, this will keep nearly 2 tons of the toxin out of garbage trucks, landfills and incinerators where the mercury can be released from crushing or burning, according to the Natural Resources Defense Council (NRDC), the California Product Stewardship Council, and the California Sierra Club.

The thermostats, generally round dials or rectangular devices containing one or more small glass vials of mercury, were installed decades ago to control heating and cooling systems in U.S. homes and businesses. The most recent figures available show an estimated 5.1 to 10.5 million mercury thermostats still in use in California as of 2009 – equal to between 22.5 and 46.2 tons of mercury still on the walls. On average, each thermostat contains four grams of mercury. Nationwide, tens of millions of old thermostats collectively containing several hundred tons of mercury are still in use.

“Few realize those old thermostats in their homes actually contain mercury. But they do, and we need to make sure these thermostats are handled properly when they come off the wall,” said David Lennett, senior attorney at the Natural Resources Defense Council. “Until now, manufacturers are capturing only the tip of the iceberg. Strong standards like those adopted by California today [May 22] will ensure mercury in old thermostats is safely recycled instead of ending up in the trash where it may contaminate our air, soil and water.”

Under the new rules going into effect July 1, the California Department of Toxic Substances Control requires that the industry-run collection program improve each year and ultimately achieve a 75 percent recycling rate of discarded mercury thermostats by 2017. These improvements mean about an additional 430,000 thermostats will be collected, and nearly 2 tons of additional mercury captured, over the next five years alone.

These new rules implement a state law enacted in 2008. “We were delighted to work closely with Honeywell to pass the legislation in 2008 and since then we have provided advice, free webinars, newsletter articles, and made presentations at conferences to support the TRC program. Nevertheless, TRC has basically ignored our advice for program improvements, and in 2013 still does not employ one person in California to ensure their program works. This lack of effort by TRC is partly the reason for the shameful less than 9 percent collection rate in 2012, and demonstrates why the new rules are so important,” said Heidi Sanborn, Executive Director of the California Product Stewardship Council.

Many people are unaware older thermostats contain mercury and as a result the devices often end up in garbage trucks, landfills or incinerators where they are crushed or burned, releasing the toxic heavy metal into the environment. In California, more than 180 water bodies are already identified as contaminated by unsafe levels of mercury, a neurotoxin that can cause damage to the human brain, kidneys and nervous system, and is of particular concern for pregnant women and children. For most people, the main source of exposure to mercury is through fish consumption where it is concentrated through the food chain.

The U.S. Environmental Protection Agency estimated that 2 to 3 million mercury thermostats are taken out of service each year nationwide, which hold between 7 and 10 tons of mercury. From 2002 to 2011, the industry-run collection program captured a mere 5.8 tons of mercury or only 8 percent of the EPA estimate.

Maine and Vermont have the most effective mercury thermostat collection programs in the nation by mandating a cash incentive coupled with requirements that industry establish collection programs serving both HVAC contractors and homeowners. Beyond California, Illinois and Rhode Island have similar rule-makings upcoming next year. Legislatures in New York and Massachusetts are also considering bills aimed at improving collection rates.

Given mercury thermostats can last 15 to 30 years or more, this vast reservoir of mercury currently on the walls in homes and businesses necessitates more effective collection programs like those in Maine and Vermont, and now California that keep the toxin out of the waste stream.