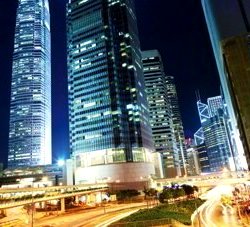 West Lafayette, Indiana – A new study shows clean air regulations have dramatically reduced acid rain in the United States, Europe, Japan and South Korea over the past 30 years, but the opposite is true in fast-growing East Asian megacities, possibly due to lax anti-pollution rules or lack of enforcement.

The U.S. Clean Air Act began requiring regulatory controls for vehicle emissions in the 1970s, and 1990 amendments addressed issues including acid rain. Similar steps in the European Union, Japan and South Korea over the past three decades have reduced nitrate and sulfate in rain – components contributing to acid rain, said Suresh Rao, Lee A. Reith Distinguished Professor of Civil Engineering and Agronomy at Purdue University.

The effects of acid rain can propagate through aquatic ecosystems such as lakes, rivers and wetlands and terrestrial ecosystems including forests and soils, negatively impacting ecological health.

Researchers have now used publicly accessible data, collected weekly or monthly at numerous monitoring sites during the period from 1980-2010, to track “wet deposition” of nitrate and sulfate near several U.S. and East Asian cities. The pollutants, products of fossil fuel combustion, are emitted by cars, trucks and buses. Pollutants rise up into the atmosphere and accumulate until being washed down as wet deposition by rain or snow, or as “dry deposition” between rain events.

Fast-growing cities in East Asia that lack regulations or enforcement show a dramatic rise in acid rain, according to the new study completed by Purdue researchers.

The findings of the study are detailed in a research paper published in the journal Atmospheric Environment. The article is accessible online and will appear in the May issue. It was co-authored by civil engineering postdoctoral researchers Jeryang Park and Heather Gall and by Rao and Dev Niyogi, Indiana state climatologist and an associate professor in the Purdue Department of Agronomy and the Department of Earth, Atmospheric and Planetary Sciences.

Severe problems with air pollution also are evident in particulate matter (PM) concentrations contributing to smog. In a recent study published in the Lancet journal, PM pollution was the fourth-leading risk factor for death in China and may be linked to 1.2 million premature deaths in 2010. Similar problems exist in cities in India, where air pollution is estimated to contribute to about 600,000 premature deaths, according to the Lancet study.

“We are in an urban era with more people staying in cities than ever before in the history of mankind,” Niyogi said. “The impact cities can have on the environment we find is a function of growing population and affluence, and more importantly how regulations are shaped and implemented. As a result of regulations and enforcement, what goes up as emissions is now much smaller, and that means what comes down as acid rain also is much smaller. Every car now has a catalytic converter that reduces tail-pipe emissions. So, adoption of highly efficient control technologies, as uniformly as we do across the United States, has resulted in lower emissions. In essence, we’ve solved the acid rain problem through good environmental regulations and wide adoption of mitigation technologies.”

The Purdue study findings show that even though rainfall patterns vary widely from one city to another, the annual average rate of nitrate and sulfate found in wet deposition is essentially the same across the United States.

“That was a surprise,” Rao said. “Because rainfall patterns vary so much from one location to another, you would think wet deposition also would vary. Yet, it’s the same across the United States, and that’s because we have regulations and enforcement and engineering solutions to control emissions.”

“This is the same thing that transpired in the United States in the period leading up to the 1970s,” Rao said. “We had rapid urban growth, rising emissions and rising wet deposition, which is analogous to what’s happening now in places like Beijing and New Delhi.”

For example, the concentration of nitrate and sulfate in rainwater in the Chinese city of Xi’an is 10 times greater than in New York City.

The reduction in wet deposition in U.S. cities is especially significant considering that the time period also was marked by dramatic growth in gross domestic product, urban population and the number of vehicles.

“This is encouraging,” Gall said. “When mitigation strategies are widely adapted, it is possible for cost-effective engineering solutions to protect the environment while simultaneously allowing people to maintain the same quality of life.”

The researchers have developed a model that can be used to simulate and predict how wet deposition rates vary across megacities located in diverse climatic regions, such as arid or humid.

“Given certain emissions and rainfall patterns, we can now project how wet deposition rates would increase initially and then decrease when and if regulations are in place,” Rao said. “Additionally, the model can be used to examine wet deposition rates under climate-change scenarios.”

The study findings also have implications for variations in wet deposition rates under shifting weather resulting from climate change scenarios, as well as rapid urbanization in emerging economies.

Although annual wet deposition patterns are influenced by variability in rainfall amounts both within a year and from year to year, the effects are much greater when pollutant-emission regulation is weak. For example, even though Xi’an, China, is predicted to become drier in the future due to climate changes, the data and modelling analysis revealed that long-term climate oscillations – like El Nino and La Nina cycles – could induce dramatic increases in the concentration of pollutants in rainfall, ultimately leading to increased wet deposition of pollutants.

“This implies that when regulations are inadequately implemented, climate change could result in much larger impacts on the environment,” said Park, the article’s lead author.

Future work will shift focus to sub-Saharan Africa, where major growth is anticipated later in the century.

“The majority of the newest megacities will be in Asia and sub-Saharan Africa, and that’s where the biggest economic development will be,” Park said.

Check the following link to read/download the Full Study – “Temporal Trajectories of Wet Deposition Across Hydro-Climatic Regimes: Role of Urbanization and Regulations at U.S. and East Asia Sites”:
http://www.sciencedirect.com/science/article/pii/S1352231013000587