Researchers at University of Plymouth, UK, believe that findings from fieldwork along the North Yorkshire coast reveal strong parallels between the Early Jurassic era of 180 million years ago and current climate predictions over the next century.

Through geology and palaeontology, they’ve shown how higher temperatures and lower oxygen levels caused drastic changes to marine communities, and that while the Jurassic seas eventually recovered from the effects of global warming, the marine ecosystems that returned were noticeably different from before.

The results of the Natural Environment Research Council-funded project are revealed for the first time in this February’s PLOS ONE scientific journal.

Professor Richard Twitchett, from the University’s School of Geography, Earth and Environmental Sciences, and a member of its Marine Institute, said, “Our study of fossil marine ecosystems shows that if global warming is severe enough and lasts long enough, it may cause the extinction of marine life, which irreversibly changes the composition of marine ecosystems.”

Professor Twitchett, with Plymouth colleagues Dr. Silvia Danise and Dr. Marie-Emilie Clemence, undertook fieldwork between Whitby and Staithes, studying the different sedimentary rocks and the marine fossils they contained. This provided information about the environmental conditions on the sea floor at the time the rocks were laid down.

The researchers, working with Dr. Crispin Little from the University of Leeds, were then able to correlate the ecological data with published data on changes in temperature, sea level and oxygen concentrations.

Dr. Danise said, “Back in the laboratory, we broke down the samples and identified all of the fossils, recording their relative abundance much like a marine biologist would do when sampling a modern environment. Then we ran the ecological analyses to determine how the marine seafloor community changed through time.”

The team found a ‘dead zone’ recorded in the rock, which showed virtually no signs of life and contained no fossils. This was followed by evidence of a return to life, but with new species recorded.

Professor Twitchett added, “The results show in unprecedented detail how the fossil Jurassic communities changed dramatically in response to a rise in sea level and temperature, and a decline in oxygen levels.”

“Patterns of change suffered by these Jurassic ecosystems closely mirror the changes that happen when modern marine communities are exposed to declining levels of oxygen. Similar ecological stages can be recognised in the fossil and modern communities despite differences in the species present and the scale of the studies.”

The NERC project – ‘The Evolution of Modern Marine Ecosystems: Environmental Controls on Their Structure and Function’ – runs until March 2015, and is one of four funded under their Co-evolution of Life and the Planet research programme.

Check the following link to read/download the Full Study – “The Impact of Global Warming and Anoxia on Marine Benthic Community Dynamics: An Example from the Toarcian (Early Jurassic)”:
http://www.plosone.org/article/info%3Adoi%2F10.1371%2Fjournal.pone.0056255 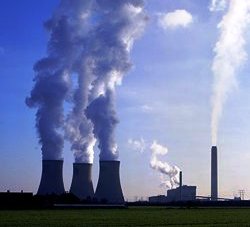