An alien or non-native species is an organism which humans have introduced –intentionally or accidentally – outside its previous range. It is deemed ‘invasive’ if it has negative effects on its surroundings, for example, by outcompeting or predating on native species that have evolved without specific adaptations to cope with them. In such cases, populations of native species can be devastated. Evidence shows that in a growing number of cases, invasive alien species even cause harm to human health and society.

There are more than 10,000 alien species present in Europe, and the rate of new introductions has accelerated and is still increasing. At least 15% of these alien species are known to have a negative ecological or economic impact. However, non-native species – for example, some food crops – can also have huge benefits.

The most common reason species are introduced elsewhere is for horticulture, while others may be brought into new areas for other reasons including farming, hunting and fishing, or as pets, the report notes. Transport is not always intentional – for example, zebra mussels have stowed away in the ballast water of ships to proliferate in European lakes.

Increasing trade and tourism in recent decades may have led to increasing numbers of alien species. Climate change may also play a role in the spread of these species, the report says, making some areas more favourable to plants and animals originally from elsewhere.

Jacqueline McGlade, EEA Executive Director, said, “In many areas, ecosystems are weakened by pollution, climate change and fragmentation. Alien species invasions are a growing pressure on the natural world, which are extremely difficult to reverse.”

Invasive alien species are one of the main threats to biodiversity. Of the 395 European native species listed as critically endangered by the IUCN Red List of Threatened Species, 110 are in danger because of invasive alien species. The EU Biodiversity Strategy 2020 has policy targets which aim to address the problem. 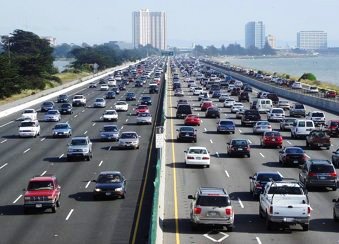