Irvine, California – Halting climate change will require “a fundamental and disruptive overhaul of the global energy system” to eradicate harmful carbon dioxide emissions, not just stabilize them, according to new findings by University of California, Irvine, and other scientists.

In a January 9 paper in Environmental Research Letters, UC Irvine Earth system scientist Steve Davis and others take a fresh look at the popular “wedge” approach to tackling climate change outlined in a 2004 study by Princeton University scientists Stephen Pacala and Robert Socolow. They had argued that the rise of dangerous CO2 could be stopped – using existing technologies – by dividing the task into seven huge but manageable “slices”.

Davis and his co-authors conclude that while the approach has great merit, it’s not working, and it’s not enough.

“We have enormous respect for that earlier work,” he said. “But almost a decade after ‘wedges’ made a solution to climate change seem doable, we now know that holding emissions steady, difficult as it would be, is literally a half-measure – and one that we have yet to take. Our emissions are not being held constant or even slowing; they’re growing faster than ever.”

The 2004 plan involved such tactics as doubling the number of nuclear reactors worldwide and increasing automotive fuel efficiency from an average of 30 mpg to 60 mpg. Each “wedge”, if accomplished, would after 50 years avoid 1 billion tons of carbon per year – and seven wedges combined, Pacala and Socolow estimated, would prevent the worst effects of climate change.

However, Davis and fellow authors of the new paper calculated that as many as 31 wedges could be required to stabilize Earth’s climate at safe CO2 levels and that sharp reductions in total emissions would have to begin much sooner than half a century from now.

“We need new ways to generate the vast quantities of power that we now use worldwide,” he said. “Current technologies and systems cannot provide this much carbon-free power quickly enough or affordably enough. We urgently need policies and programs that support the research, development, demonstration and commercialization of new energy.”

Ken Caldeira of the Carnegie Institution for Science, Long Cao of China’s Zhejiang University and Martin Hoffert of New York University collaborated on the ERL paper. 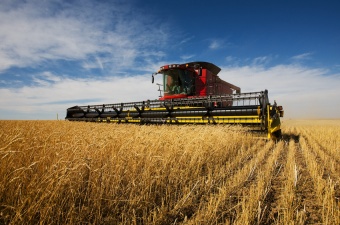 Keys to Reducing the Impact of Agriculture on Climate Change