Numerous geo-engineering schemes have been suggested as possible ways to reduce levels of the greenhouse gas carbon dioxide in the atmosphere and so reduce the risk of global warming and climate change.

One such technology involves dispersing large quantities of iron salts in the oceans to fertilize otherwise barren parts of the sea and trigger the growth of algal blooms and other photosynthesizing marine life. Photosynthesis requires carbon dioxide as its feedstock and when the algae die they will sink to the bottom of the sea taking the locked in carbon with them.

Unfortunately, present plans for seeding the oceans with iron fail to take into account several factors that could scupper those plans, according to Daniel Harrison of the University of Sydney Institute of Marine Science, NSW.

Writing in the International Journal of Global Warming, Harrison has calculated the impact of iron seeding schemes in terms of the efficiency of spreading the iron, the impact it will most likely have on algal growth, the tonnage of carbon dioxide per square kilometer of ocean surface that will be actually absorbed, compared to the hypothetical figures suggested by advocates of the approach.

“If society wishes to limit the contribution of anthropogenic carbon dioxide to global warming then the need to find economical methods of carbon dioxide sequestration is now urgent,” he says.

Harrison’s new calculations take into account not only the carbon dioxide that will be certainly be sequestered permanently to the deep ocean but also subtracts the many losses due to ventilation, nutrient stealing, greenhouse gas production and the carbon dioxide emitted by the burning of fossil fuels to produce the iron salts and to power their transportation and distribution at sea.

His calculations suggest that on average a single ocean iron fertilization will result in a net sequestration of just 10 tonnes of carbon per square kilometer sequestered for a century or more at a cost of almost US $ 500 per tonne of carbon dioxide.

“Previous estimates of cost fail to recognize the economic challenge of distributing low concentrations of iron over large areas of the ocean surface and the subsequent loss processes that result in only a small net storage of carbon per square kilometer fertilized,” says Harrison.

Others have addressed the maximum possible contribution by modelling and the generally accepted figure is around 1 billion tonnes of carbon, but those calculations do not take into account the losses discussed by Harrison. The real limit would be when the macro-nutrients are exhausted, what then is the flux of macro-nutrients into the iron limited regions per year?

The study, titled “A Method for Estimating the Cost to Sequester Carbon Dioxide by Delivering Iron to the Ocean”, is in press, to be published in forthcoming issue of International Journal of Global Warming. 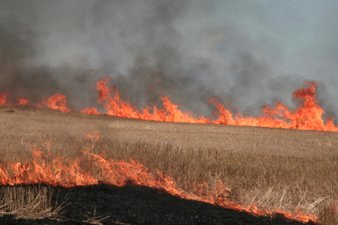