Home Carbon Watch
Bonn – The UN Climate Change Secretariat on Wednesday published official reports on the results of last year’s UN Climate Change Conference in Copenhagen (7-19 December 2009).
The reports detail the outcomes of the UNFCCC Conference of the Parties at its 15th session (COP15) and of the Conference of the Parties serving as the meeting of the Parties to the Kyoto Protocol on its fifth session (CMP5).
Each report is in two parts: one on formal proceedings and one on the decisions adopted by the relevant body. The reports can be found here: http://unfccc.int/5257.php
Since the closing of the UN Climate Change Conference in Copenhagen, the United Nations Framework Convention on Climate Change (UNFCCC) has received submissions of national pledges to cut or limit emissions of greenhouse gases by 2020 from 75 Parties, which together account for more than 80% percent of global emissions from energy use.
41 industrialized countries have formally communicated their economy-wide targets to the UNFCCC. 35 developing countries have communicated information on the nationally appropriate mitigation actions they are planning to take, provided they receive the appropriate support in terms of finance and technology. These communications can be found here: http://unfccc.int/5265.php
“It is clear that while the pledges on the table are an important step towards the objective of limiting growth of emissions, they will not in themselves suffice to limit warming to below 2 degrees Celsius,” said UNFCCC Executive Secretary Yvo de Boer. “The Climate Conference at the end of this year in Mexico, therefore, needs to put in place effective cooperative mechanisms capable of bringing about significant acceleration of national, regional and international action both to limit the growth of emissions and to prepare for the inevitable impacts of climate change,” he added.
The report of the Conference of the Parties contains, inter alia, the text of the Copenhagen Accord and lists the 112 Parties (111 countries and the European Union) that have indicated their support for the Accord. See: http://unfccc.int/5257.php
“The Copenhagen Accord is not least significant because it includes a clear pledge by industrialized nations to provide short-term and long-term finance for developing countries for adaptation and mitigation,” said Yvo de Boer, “At the same time, it is clear that the Accord can be used to help advance the formal negotiations towards a successful outcome in Mexico,” he added.
Decisions that were adopted in Copenhagen include decisions on the improvement to the Kyoto Protocol’s Clean Development Mechanism (CDM), which are designed to speed up processes for stakeholders, to assist countries with fewer than 10 registered CDM projects to launch more projects, and to enhance CDM governance, including through procedures for stakeholders to appeal decisions. See: http://unfccc.int/5257.php
The Copenhagen Conference decided to continue negotiations on a range of draft decisions, which can be found at:
http://unfccc.int/resource/docs/2009/awg10/eng/17.pdf
http://unfccc.int/meetings/ad_hoc_working_groups/lca/items/5243.php
http://unfccc.int/resource/docs/2009/awg10/eng/17.pdf
“It is important to keep in mind that many of these decisions, which would enable immediate action on climate change, came close to completion in Copenhagen,” said the UN’s top climate change official Yvo de Boer. “This work can be completed in Mexico, with the adoption of a strong and balanced package of decisions,” he added.
The next round of UNFCCC negotiations is scheduled to be held in Bonn, Germany, on 9-11 April. This meeting will be followed by a two-week negotiating round which will comprise the 32nd session of the UNFCCC Convention subsidiary bodies, between 31 May and 11 June 2010. Both gatherings will take place in the Maritim Hotel in Bonn.
The April UNFCCC sessions are designed to agree on the organization and methods of work in 2010. This includes the number and duration of any additional UNFCCC negotiating sessions in the second half of 2010, in the run-up to the UN Climate Change Conference in Mexico (29 November to 10 December).
Accreditation for the April meeting is open (See http://unfccc.int/press/items/2794.php). The UN Climate Change Secretariat will give a closing press conference on 11 April at the Maritim Hotel at 13:15 (upon conclusion of the morning plenary sessions) which will be followed by press briefings of interested Parties. All press briefings will be broadcast live.
Source: UNEP. 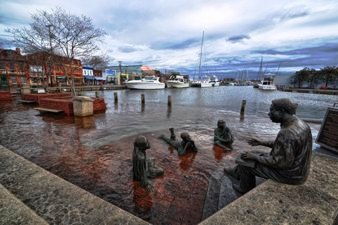