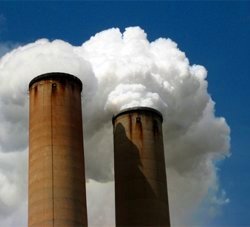 According to new official data from the Clean Energy Regulator, carbon emissions from Australia’s largest 350 corporate emitters fell from 342 million tonnes in 2011-12 to 321 million tonnes of CO2e in 2012-13.

The carbon price applies to around 350 companies with above 25,000 tonnes of emissions per year. Australia’s largest corporate emitters include large electricity generators like AGL Energy and Origin Energy, resources and energy companies like BHP Billiton, Santos, Peabody Energy and Woodside Petroleum, and airlines like Qantas.

“The carbon price is designed to encourage companies to find low-cost ways to reduce their emissions,” said Nathan Fabian, Chief Executive of the Investor Group on Climate Change. “As this week’s National Accounts data showed, Australia’s economy continues to grow strongly while emissions from our largest emitting companies fall.”

Investors have long argued that a carbon price is an essential part of the mix of policies forming a long-term framework for addressing climate risk.

“There is ample evidence that carbon pricing is cheapest and most effective way of reducing emissions,” Mr. Fabian said.

Individual companies’ emissions performance varies considerably from year to year, and each year some assets are decommissioned or moth-balled or change ownership, and some companies leave the list of large emitters while others join it. Many factors affect company emissions. For all companies, emissions rise and fall with changing production levels. For electricity generators, higher electricity prices has prompted a demand response and customers to focus on energy efficiency, and the renewable energy target has shifted the generation mix in favour of low-carbon sources. But the data show that in aggregate, emissions fell markedly in the first year of the carbon price. 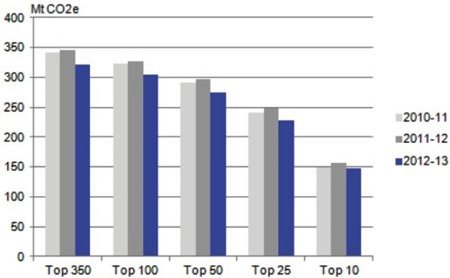 The Investor Group on Climate Change (IGCC) is a collaboration of Australian and New Zealand investors with over $1 trillion in funds under management, who recognise that the financial return of an investment will be impacted by climate change. The IGCC aims to ensure that the risks and opportunities associated with climate change are incorporated into investment decisions for the ultimate benefit of individual investors. For more information, visit www.igcc.org.au.

IGCC is part of the Global Investor Coalition on Climate Change with investor groups in Europe, North America and Asia with funds under management of $20 trillion. For more information, visit http://globalinvestorcoalition.org.