Water scarcity impacts people’s lives in many countries already today. Future population growth will increase the demand for freshwater even further. Yet in addition to this, on the supply side, water resources will be affected by projected changes in rainfall and evaporation.

Climate change due to unabated greenhouse gas emissions within our century is likely to put 40 percent more people at risk of absolute water scarcity than would be without climate change, a new study shows by using an unprecedented number of impact models. The analysis is to be published in a special issue of the Proceedings of the National Academy of Sciences that assembles first results of the Inter-Sectoral Impact Model Intercomparison Project (ISI-MIP), a unique community-driven effort to bring research on climate change impacts to a new level.

“The steepest increase of global water scarcity might happen between 2 and 3 degrees global warming above pre-industrial levels, and this is something to be experienced within the next few decades unless emissions get cut soon,” says lead-author Jacob Schewe of the Potsdam Institute for Climate Impact Research (PIK). “It is well-known that water scarcity increases, but our study is the first to quantify the relative share that climate change has in that, compared to – and adding to – the increase that is simply due to population growth.”

Today, between one and two people out of a hundred live in countries with absolute water scarcity. Population growth and climate change combined would increase this to about ten in a hundred at roughly 3 degrees global warming. Absolute water scarcity is defined as less than 500 cubic meters available per year and person – a level requiring extremely efficient water use techniques and management in order to be sufficient, which in many countries are not in place. For a comparison, the global average water consumption per person and year is roughly 1200 cubic meters, and significantly more in many industrialized countries.

As climate change is not uniform across the world, the regional differences of its impacts on water availability are huge. For example, the Mediterranean, Middle East, the southern USA, and southern China will very probably see a pronounced decrease of available water, according to the study. Southern India, western China and parts of Eastern Africa might see substantial increases.

“Water scarcity is a major threat for human development, as for instance food security in many regions depends on irrigation – agriculture is the main water user worldwide,” says co-author Qiuhong Tang of the Chinese Academy of Sciences. “Still, an increase of precipitation is also challenging – the additional water may cause water logging, flooding, and malfunctioning or failure of water-related infrastructure. So the overall risks are growing.” Moreover, many industrial production processes require large amounts of water, so a lack thereof in some regions hampers economical development.

This study is based on a comprehensive set of eleven global hydrological models, forced by five global climate models – a simulation ensemble of unprecedented size which was produced in collaboration by many research groups from around the world. Hence, the findings synthesize the current knowledge about climate change impacts on water availability. The cooperative ISI-MIP process systematically compares the results of the various computer simulations to see where they agree and where they don’t. The results quoted above represent the multi-model average. So some of the models indicated even greater increases of water scarcity.

“The multi-model assessment is unique in that it gives us a good measure of uncertainties in future impacts of climate change – which in turn allows us to understand which findings are most robust,” says co-author Pavel Kabat of the International Institute for Applied Systems Analysis (IIASA). “From a risk management perspective, it becomes very clear that, if human-made climate change continues, we are putting at risk the very basis of life for millions of people, even according to the more optimistic scenarios and models.”

However, he added, the job is far from being done. “We need to do additional research on how the water requirement portfolio will develop in the future in different sectors like agriculture, industry and energy – and how, in addition to reducing greenhouse gas emissions, the technological developments in the water sector may help alleviating water scarcity.” 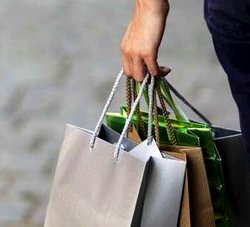 Increased Fears about Environment, but Little Change in Consumer Behaviour