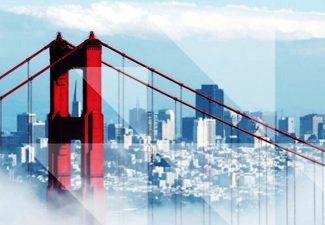 The findings of these two complementary reports add significantly to the body of knowledge on the role of environmental factors in corporate performance.

The “CDP S&P 500 Climate Change Report 2013”, by CDP and PwC, provides an annual update on greenhouse gas emissions data and climate change strategies at America’s largest public corporations in response to CDP’s disclosure request from 722 investors representing $ 87 trillion. This year, seventy-seven percent of respondents (258 companies) reported an increase in climate change exposure, up from 61 percent in 2012, with extreme weather topping the list of highest-impact.

In response, the report showed:

PwC SBS partner Doug Kangos added that the results of the 2013 report indicate a turning point in the corporate response to climate change. “The overarching story is business transformation. Leading companies are innovating to create value on many levels while demonstrating increasing sophistication and confidence in addressing the risks and opportunities associated with climate destabilization,” Kangos said.

The complementary report covering the Global 500, “Linking Climate Engagement to Financial Performance: An Investor’s Perspective”, released at the same event and co-written by CDP and Sustainable Insight Capital Management, shows that superior transparency on climate engagement is associated with higher financial performance.

The analysis is based on the CDP disclosure scores[2] of 702 companies covered in CDP’s Global 500 climate change reports from 2008 to 2012. Using peer to peer comparisons, companies were ranked by industry and split into quintiles by their CDP disclosure score, then examined against various metrics of financial profitability. The analysis shows that industry leaders in the first quintile based on their relative CDP scores, provide a higher return on equity (+5.2%), more stable cash flow generation (+18.1%) and higher dividend growth (+1.6%).

The analysis leverages CDP’s unique data set on corporate engagement on climate change to demonstrate that strategic management of climate change risks and opportunities is reflected in the underlying financial performance of companies.

US S&P 500 companies’ CDP disclosure and performance scores are listed in full in the CDP S&P 500 Climate Change report. 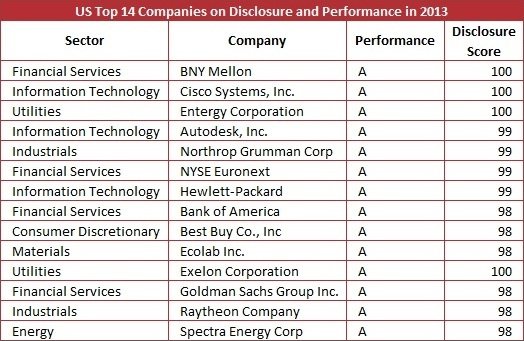